How To Crochet An Amigurumi Hatching Penguin Chick With Kati From Hooked By Kati. This Amigurumi Pattern Includes Instructions For His Adorable Egg Shell & Hat! 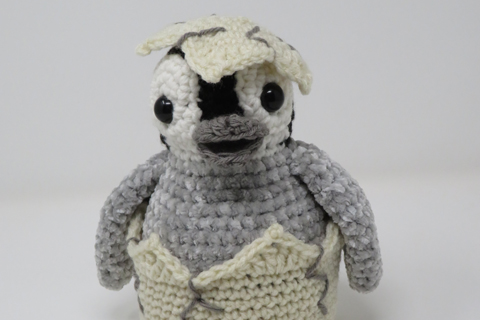 We’re thrilled to share this week’s Designer Spotlight crochet designer with you! Kati from Hooked By Kati has created this adorable Hatching Penguin Chick for you!

Kati Brown is a designer living in Colorado with her husband and two sons. She works in bright colors and fun shapes, and she loves making anything with safety eyes. Her blog, Hooked by Kati, is home to many bold amigurumi patterns for all crochet artists, from beginners to those in search of a challenge. Kati is also a regular contributor to several print magazines and was recently shortlisted by Lovecrafts.com for the 2019 Blog Personality of the Year. Through crochet, she hopes to inspire other artists to express themselves through crochet.

Be sure to go support Kati on her social media and thank her for sharing her precious pattern in our Designer Spotlight feature! 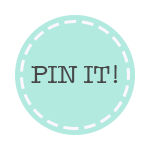 CLICK HERE for the ad-free, printable PDF pattern on Etsy

CLICK HERE for the ad-free, printable PDF pattern on Ravelry 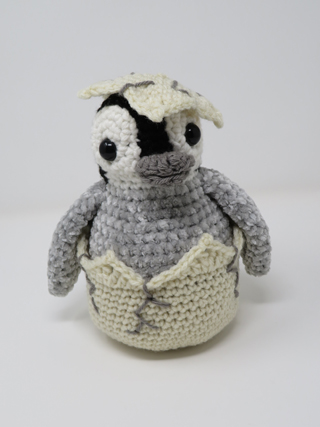 Pattern is written in English, in US terms using Craft Yarn Council abbreviations. 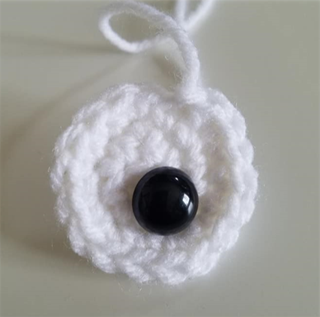 Sewing along fold, attach beak to rnd 11 of head, between eye circles, along edge of white section. 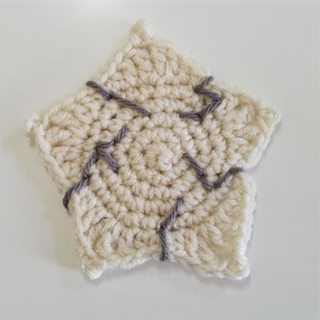 With CHAR, sew cracks starting in the “valleys” between the points and randomly zig zag down the sides. The more random the better!

Weave in all attachment ends when parts are positioned as desired.

Stuff the penguin inside the Cracked Shell, wing sticking out. 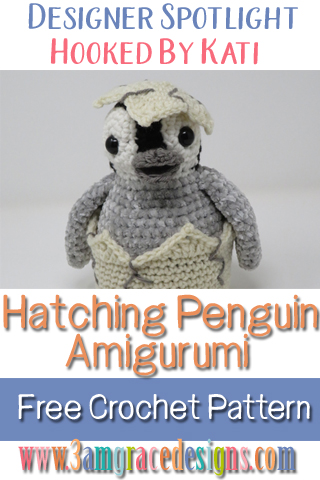